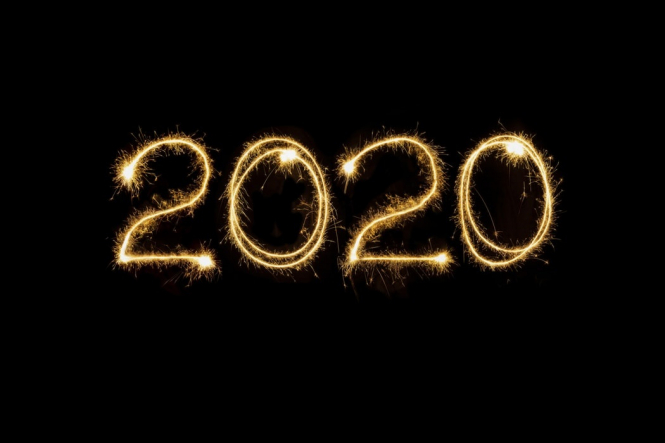 Let’s face it 2020 has been shite. A big pile of stinky poo that unfortunately we’ve stepped in and traipsed around the living room carpet, only to find that our automatic robot carpet hoover has picked up and sprayed all the xmas presents under the tree.

My wife said something to me a few days ago when we were watching antiques roadshow or something similarly very english, and that was “Honey you were right“. Now it’s not often that I hear these words from her mouth so I was at pains to understand what she meant.

For context on this conversation I’d like to add a back story to this discussion and that is: I am really interested in viruses, plagues, parasites and really anything that will render the human population non existent. It’s a morbid fascination really, of how vulnerable we are as a species and probably some underlying fear of what I don’t know that could possibly mean that I cease to exist given that current medicine is losing the war against these microbes.

I first started reading a book by an author and prominent virologist called Arno Karlen called Plagues Progress: A social history of man and disease which details how disease has waged war on homo-sapians and the effect it has had on us.

Its a great read and I recommend anyone to read this book detailing catastrophic events across the years, from plague, TB, measles, polio, HIV and hemorrhagic diseases coming out of Africa.

It was while reading another book on unknown microbe in australia that killed a couple of farmers, 100% mortality that I said a few years ago to the wife that there is a plague coming and we should be ready, and on March 16th 2020 the WHO defined Corona virus as a pandemic, ie across the entire world.

The virus initially was Endemic in certain regions of the world, namely China, Italy, France but quickly due to the way the virus can be asymptomatic for days it transferred across the world in a matter of weeks. This is why we as a species have been lucky with other higher mortality diseases that crop up from time to time. Let’s take Ebola for example, a nasty hemorrhagic fever that is sometimes endemic in parts of central Africa (named due to the initial discovery in the 70s near the ebola river) It has a mortality rate of up to 90% BUT when someone gets it the symptoms are very quick to appear and death is quick over a matter of days.

The virus kills so quickly there is a low chance of spread and hence we don’t see many flare ups of Ebola outside of Africa, however with the new age of travel its easy to from A->B in a matter of hours increasing the risk of these dangerous microbes from spreading.

It’s cold comfort to people who have lost loved ones that the mortality of this virus is quite low (~2%) but coronaviruses adapt and we should be very careful as a lucky mutation could cause this mortality rate to increase.

Anyway, end of lesson and digress!

I cant remember anything before March 12th this year, brexit was I think careering to a stalemate and we were all completely fed up and wanted some different news (O be careful what you wish for)

I had the kids for a couple of weeks and we had news of a new virus in wuhan in China which sounded fairly tame. It was in the first week that my two, Ryan and Lucas came down with a really high temperature and they had to stay off school for 3 days. It was the first time they had been ill really in their lives. I now wonder if they had picked up this virus?

It was the last time they went to school for 6 months, which of course to them was really very cool.

30 minutes rushing school work, followed by 7 hours on the PS4.. “But I’ve done my school work and Michael and Jack are playing Foot champs and fortnite“

My kids, to their credit, have taken 2020 in their stride, we had a corona test today and through all the gagging on a stick and being brain probed up the nasal passage they didn’t moan.

They have spent these last 6 months doing school work, accepting that they wont see their friends again for a while and generally putting up with me shouting at them to do their school work etc. Football cancelled, no after school clubs and no socialising with friends.

It’s probably one of my greatest achievements that my two lovely boys are the way they are, I’ll do another post on them as to how they make me and the family very proud in how they conduct themselves and play their sports and do their school work. But suffice to say they are great kids who generally never moan unless Daddy and Nic are asking them to dance with us to the latest xmas tunes 🙂

I am almost to the point where there is an epoch time in 2020: BMIL (Before Mother in law) and AMIL (After mother in law) and my role in the house has changed somewhat, however I am teetering on the view that we are getting over the teething problems and the warranty is starting to expire 🙂

The first thing that went wrong was the move… a dreary, rainy day, which again will probably warrant a post of its own but suffice to say I got the van stuck in the paddock.

The TV I purchased for her, that I assured my wife that it had netflix, didn’t have netflix and she’d have to now wait to watch The Crown so more equipment needed, so I bought an Amazon firestick for her, which has alexa to make everything in your life as simple as it could be, just push a button and speak..

Not for my Mother In Law… 🙂

Press the button…….. no don’t let go until you have finished speaking.. ok you can let go now…. have you turned off the router again? Where did you put the instructions I wrote down for you… Press the input button to got to DTV / HDMI 2.

She’s getting it now, she was quite impressed when she found out she could ask for her favourite beginners yoga on youtube and I am only around there once a week now as opposed to the couple of times a night, although to be fair the bloody oven is like a super computer and you’d need a BEng just to use the thing..

So there is no real reason that 2021 will be better, although the human psyche has a really good way of pepping us up on the hope that the changing of a year number will somehow bring us better luck..

I am not unique in this, xmas is upon us, the children are looking forward to presents, the wife has found ‘the good witch’ on netflix and hours of viewing, leaving me to watch the festive footy. The mother in law is installed and happy and the promise of scrabble evenings brings a lovely warmth to family life in the fens.S