Our dream van: Part I – the purchase 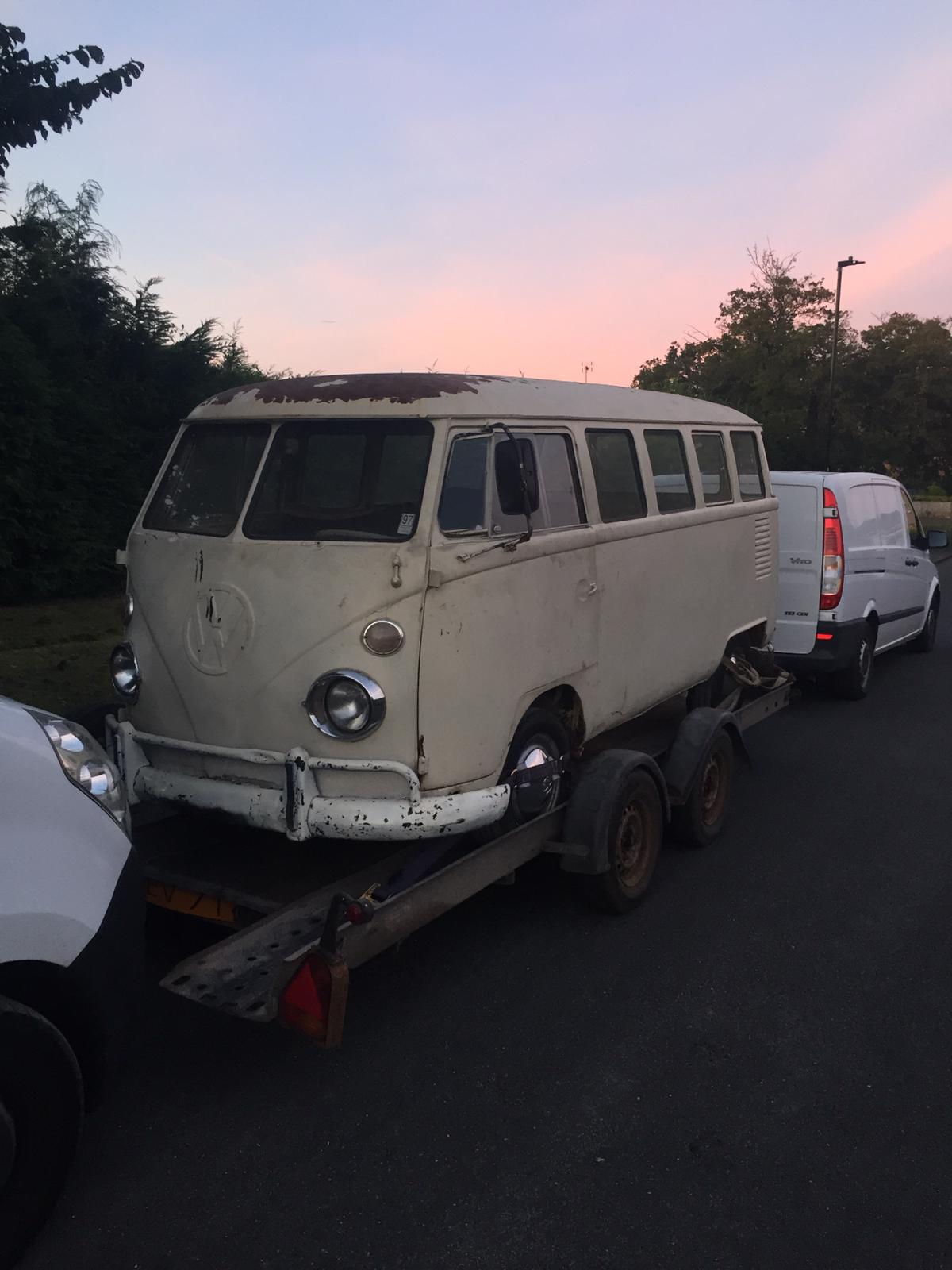 Our dream van: Part I – the purchase

Ipswich were relegated the day we first started talking about caravanning and adventure.

Out on the patio, my wife, Nicola, full of wine suggested that in order to supplement our quite comfortable bi-annually holidays to Tenerife, that we should buy a caravan. It would be wonderful, as she had spent copious holidays as a child cramped up in a bedford van with her family, eating ice cream looking out the windows, most days, to rain and wind..

Although, I admitted to myself, quietly, that I had too, spent a few holidays with my family in a rented van and had thoroughly enjoyed it. What was not to like when you had a mobile ‘home’ that you could chuck your fishing rods on and go to anywhere you like.

I couldn’t remember the cold weather, the breaking down and the incident when sleeping in the roof I woke up to my younger brother peeing on my head (cue 3 days of ‘airing the van thoroughly; to get rid of the smell at night!

The evening finished with both of us looking on Ebay at vw camper vans both coming up with a list of the ones we liked.

Now I will just pause the reader now to say that actually I was bored. Kids are now growing up fast and are self sufficient. When I was a child I remember helping my dad with small, medium and dam right large projects. DIY was his forte and what he couldn’t do on the house, what he couldn’t make really amounted to nothing.

This is to say I grew up with a healthy appetite to make things and do DIY. There is something really good about going to B&Q and just browsing the tool section looking fo, say, M5 nuts and buying them just because.

There is always an Epoch moment or time in everyones life where they say things changed. Well mine was having children. I made and did everything BC but since then I really tinkered, tools got rusty, my garage was made into a home office cause little Ryan needs his own room! 🙂

Anyway I digress, its now 14 years down the line and I am back, the urge to actually do things myself is back and I need a project and to be honest I had always loved vw camper vans and to my surprise so did the wife!

I think we spent about 3 months investigating and playing detective on many sites selling vans. We’d noticed a few things

There are a lot of adverts that are too good to be true and they ARE! I almost paid for a van that I could see in Europe in a hold, the van was awaiting shipping, spotless split screen 1963. Investigating the shipping company (who’s website had been created a few days earlier) and phoned the company with no response I gave it up as a bad job (lucky me) and reported the user who was advertising the van

There are many great vans out there that are priced reasonably and if I knew then what I knew now I would have got myself on facebook forums for split screens and asked for advice.

However we didn’t have the benefit of hindsight and after 3 months of looking we organised to see 5 vans which funnily enough were all within 30 miles of Malham in Yorkshire (shameful plug as the owner is a good friend, miresfield fam guesthouse rocks for down to earth B&B and walks to die for)

So we got the walking shoes out and organised our long weekend to Yorkshire. Friday to Monday walking, drinking and eating and interrupting the festivities with trips out to see our potential new van

The first van was a bay window 1979, green and in dire need of putting down which wasn’t obvious from the pictures, one checked off.

The second van was in good condition and was a real california model which actually I didn’t like as everything was so impractical inside and very dated (yes yes I hear you say.. its an old van) but I was quite disappointed.

The third van was again expensive at £15k and not in the condition I would expect a van of the age. Obviously not kept very well

I wish I could say something about the fourth van but the owner had it parked in her garage covered in tarpaulin (even tho we were there to view it) and didn’t want to move it!! I ask you, if we had travelled 150 miles to see it I would be mad!

The 5th van was actually my least favourite but it wasn’t a bay, it was the only split screen we were going to see and we actually only liked it because one of the pictures on the advert had a lone pigeon having a poo on the roof!

The owner was a really nice chap and told us the van was down the road in his friends lock up and would we follow him, so 20 minutes later we were looking at a sturdy split screen

Doors, hinges bent probably had a shunt on the front end. There is daylight in the floor of the passenger side.

The roof is a touch rusty but to the touch

There is play in steering wheel about a half a turn before the wheels actually turn.

The owner then did what I can only say is put a smile on the face of my wife that I would only want myself to witness and only in a certain room of the house! (if you know what I mean). I reckon the guy should keep this van and just bring ladies to his friends lock up and just do what he did to bring said smile to the wife’s face.

He got a battery hooked up and started the engine..

Quite simple really and if I was younger and single I would have just rented the thing off him and took all my dates there and started the engine..

The look on her face I knew meant we were getting it.. that kind of look that you know means you are counting in your head the amount of money and time you would be investing in this..

The van ‘purred’ and the noise an air cooled engine make is rather lovely and to have it ticking over while in the cab was something. I think she fell in love then all over again, not with me but a 1974 combi Brazilian type 2 split screen

We had bought our own van, for a good price and all the documentation was in place, it would be mine in a matter of weeks.. or so I thought